Read the latest on SVA's response to the coronavirus and find the resources you need. 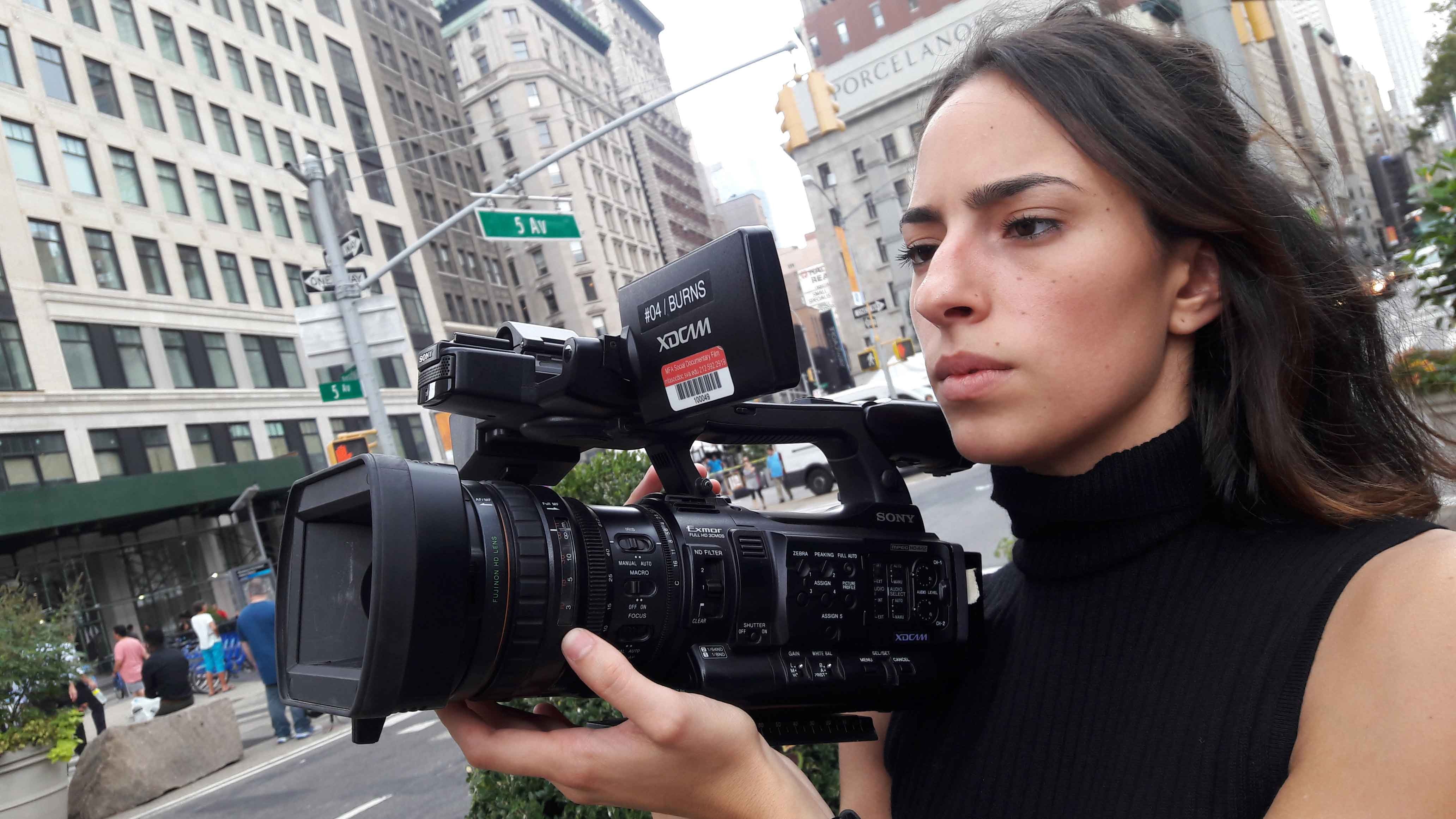 At SVA, we are committed to realizing the potential of documentary film, and we welcome the opportunity to add you to our community of storytellers.

Documentary film has changed dramatically over the years, evolving into a fully realized art form. Growing audiences watch nonfiction in theaters, in TV and online to see fresh global stories, and be inspired by the lives of change-makers, artists and everyday people. These stories delve into our history, inspire action and let us discover distant regions and our own neighborhoods with a fresh eye. But, as evolutions in technology make it easier to make film, more content competes for the opportunity to be seen. So, it becomes vital to have the talent to produce a film that stands out. Those with true fluency in the form—and a network of like-minded artists and mentors—have a crucial advantage.

Located in the heart of New York City, “SocDoc” is a part of the most active documentary film community in the world. Students work directly with accomplished filmmakers—who are faculty, mentors and collaborators—giving students the benefit of their expertise.

SVA’s Social Documentary Film MFA program fosters filmmakers who are technologically and artistically assured. Students make many films throughout the program; each allows them opportunities to experiment and hone their craft with support, guidance and critique. They are introduced to the industry through an unparalleled faculty of active, award-winning filmmakers, as well as through internships, guest speakers, film festivals, screenings, and other events. The department also works to foster a direct line into the production community that will be their best network after graduation.

SocDoc alumni have made an impressive impact. Alumni films have received more than a million dollars in production funding from Sundance Institute, ITVS, Just Films/Ford Foundation, Jerome Foundation, CAAM, IDFA Bertha Fund, Chicken & Egg Pictures, Tribeca Film Institute Frameline, and others. They have won an Emmy and the Student Academy Award, and received multiple nominations. Alumni have earned industry support via international film markets, have been broadcast on TV, received theatrical release in the U.S. and around the world, received countless views online, and played top-tier festivals including Berlin, IDFA, SXSW, Hot Docs, Busan and Tribeca.

Why We Stand Out:

More About the Department

SVA’s MFA program in Social Documentary Film provides a solid foundation in the fundamentals of nonfiction filmmaking, as well as an immersion into the critical and analytical process necessary to conceptualize and develop significant, socially relevant film. This program represents the convergence of the art of filmmaking, journalistic research, and social activism.

Our program is open to qualified students from varying backgrounds—prior filmmaking experience is encouraged but not required. Ultimately, we are looking for passionate, insightful individuals who know how to tell a great story, and are eager to learn how best to share these stories through documentary.

Working with documentary filmmakers as teachers and mentors in a collaborative environment, the MFA Social Documentary Film program will not only teach students how to tell a story, it will guide them toward a lifelong career in filmmaking.

The first year’s core curriculum is devoted to exploring the past, present and future of the art of documentary film, while mastering the tools and techniques needed to tell compelling stories. Each student will complete five to seven documentary shorts, in addition to other class assignments.

During the second year, students focus on their thesis films, and courses are designed to support them in their production. Each student will direct his or her own film, primarily filmed in the summer between first and second year, and serve as a key production crew-member on at least one other thesis project. These thesis projects must be reviewed and approved by the thesis committee and the department chair in order for the student to be eligible for degree conferral.

Degree candidates must successfully complete 60 credits, including all required courses, with a cumulative grade point average of at least 3.0. A residency of two academic years is required.