Updates on Reopening SVA
Click below for info on our plans for 2021-2022, including the vaccine requirement for all students, faculty and staff.
Read more
Blog > Mfa Computer Arts
Life Is an Art: Gloria Steinem and Barbara Nessim
September 26, 2018 by Jane Lerner

Gloria Steinem and Barbara Nessim have been friends for 60 years. In a conversation Monday night hosted by Director of SVA Career Development Angie Wojak at the SVA Theatre, the feminist icon and the world-famous illustrator reflected on the early days of their relationship and careers, celebrated New York City and the joys of human connection and offered thoughtful perspectives on our turbulent political times.

Dressed in black like all good New Yorkers—Steinem (originally from Toledo, Ohio) also wore a bright red shawl while Nessim (born and raised in the Bronx) sported sequined socks—they were greeted enthusiastically by an audience who had started lining up well before the theater doors officially opened. On stage, the compliments were immediate and profound: as an answer to the very first question, Steinem said of Nessim, “She enriched my living life, my visual life and my sense of adventure.”

They met in the early ’60s through the men they were dating at the time, whom they soon ditched (Steinem couldn’t recall the guys’ names; as with any good longtime friendship, Nessim acted as the collective memory and chimed in with “Henry and Bob”). At the time, Nessim was the one with a job and an apartment—Steinem moved in, and they were roommates for the next six years, sharing a one-room studio for which they split the monthly rent of $162.50. “Life is an art,” Nessim said. “And the way you live your life is artful, and that's what makes me happy.” 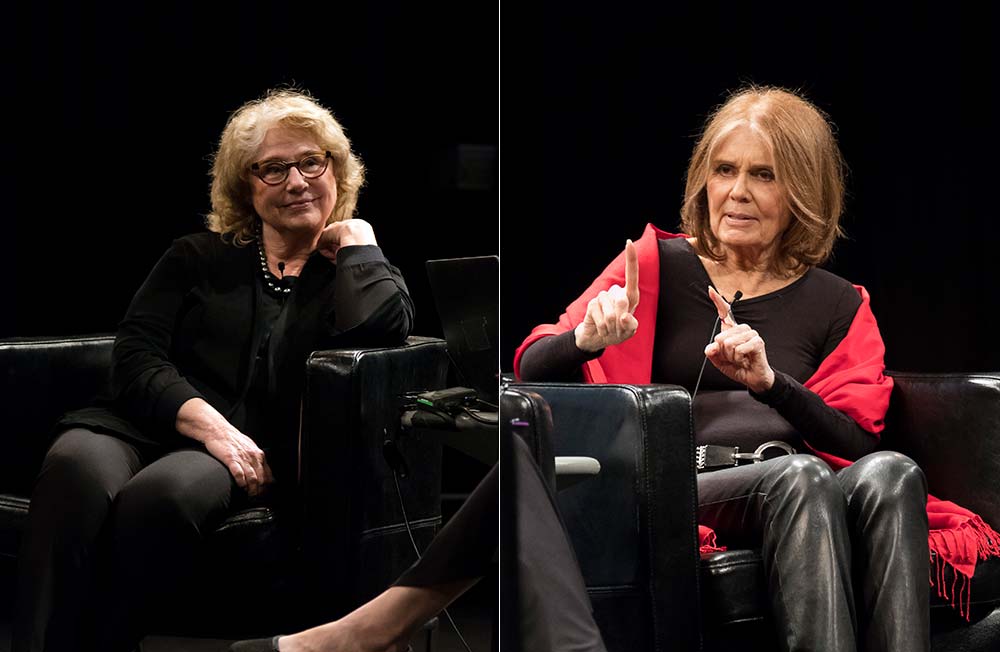