Updates on the Fall 2020 Semester
News and information about SVA’s plans for online instruction, and more.
Read more 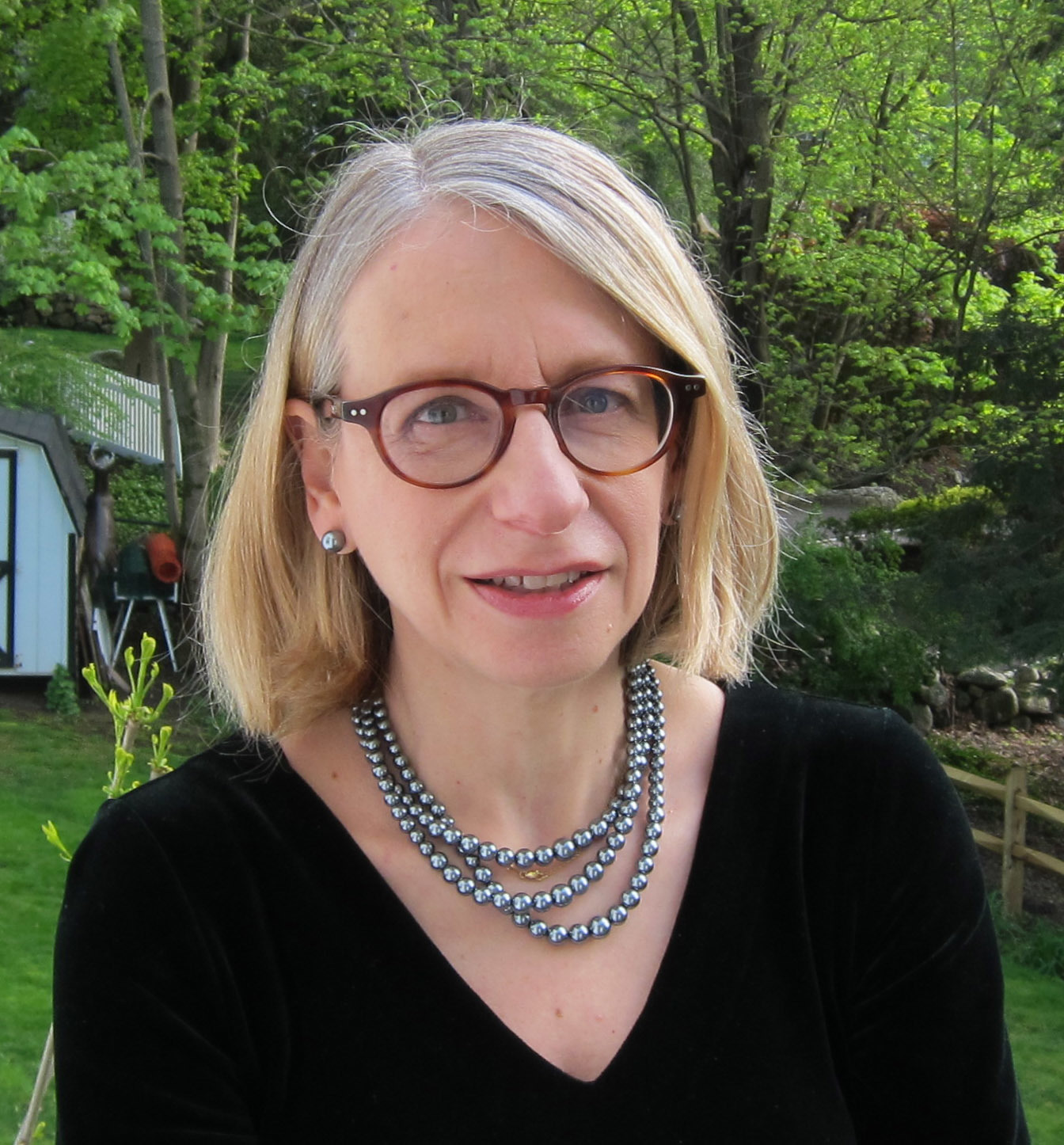 Since 1978, illustrator, author and cartoonist Roz Chast has written and created quirky cartoons for The New Yorker about the anxieties of New York life—one could argue that her nervous sense of humor and energetic style has become intrinsic to the distinguished magazine's identity. In addition to creating hundreds of cartoons and illustrated essays, as well as 10 covers for that magazine, Chast has contributed work to numerous other publications through the years, including The Village Voice, National Lampoon, Scientific American, Harvard Business Review, Redbook and Mother Jones.

Chast’s indelible work has become synonymous with New York life and it is SVA’s honor to bestow her with the 30th annual Masters Series Award and Exhibition. “The Masters Series: Roz Chast” will be a comprehensive retrospective of her celebrated career and include never-before-seen cartooning and illustration work, selections from her more than 20 books, a new hand-drawn mural, notebooks she kept in high school, embroideries, hooked rugs and hand-dyed pysanky, or Ukrainian-style Easter eggs. The exhibition will be on view from November 17 through December 15, 2018 at the SVA Chelsea Gallery.

Chast’s interest in drawing started when she was a young child growing up in Brooklyn, where she learned to use art as a way to make sense of an anxiety-inducing world. She once told an interviewer, “On every level I feel like anything horrible can happen at any moment.” Early on in her career, her nervousness even found expression in her chosen scale. “I used to work really tiny,” she says. “I thought if I worked small, nobody would mind me that much. If I take up as little space as possible, then everything will be okay, nobody will get mad at me.”

Chast attended the Rhode Island School of Design, where she studied painting. After graduating in 1977 she returned to New York City, where she quickly established her cartooning career. She was first published in Christopher Street, a gay men’s magazine she found one night on the subway, and her first New Yorker cartoon was published in the following year. 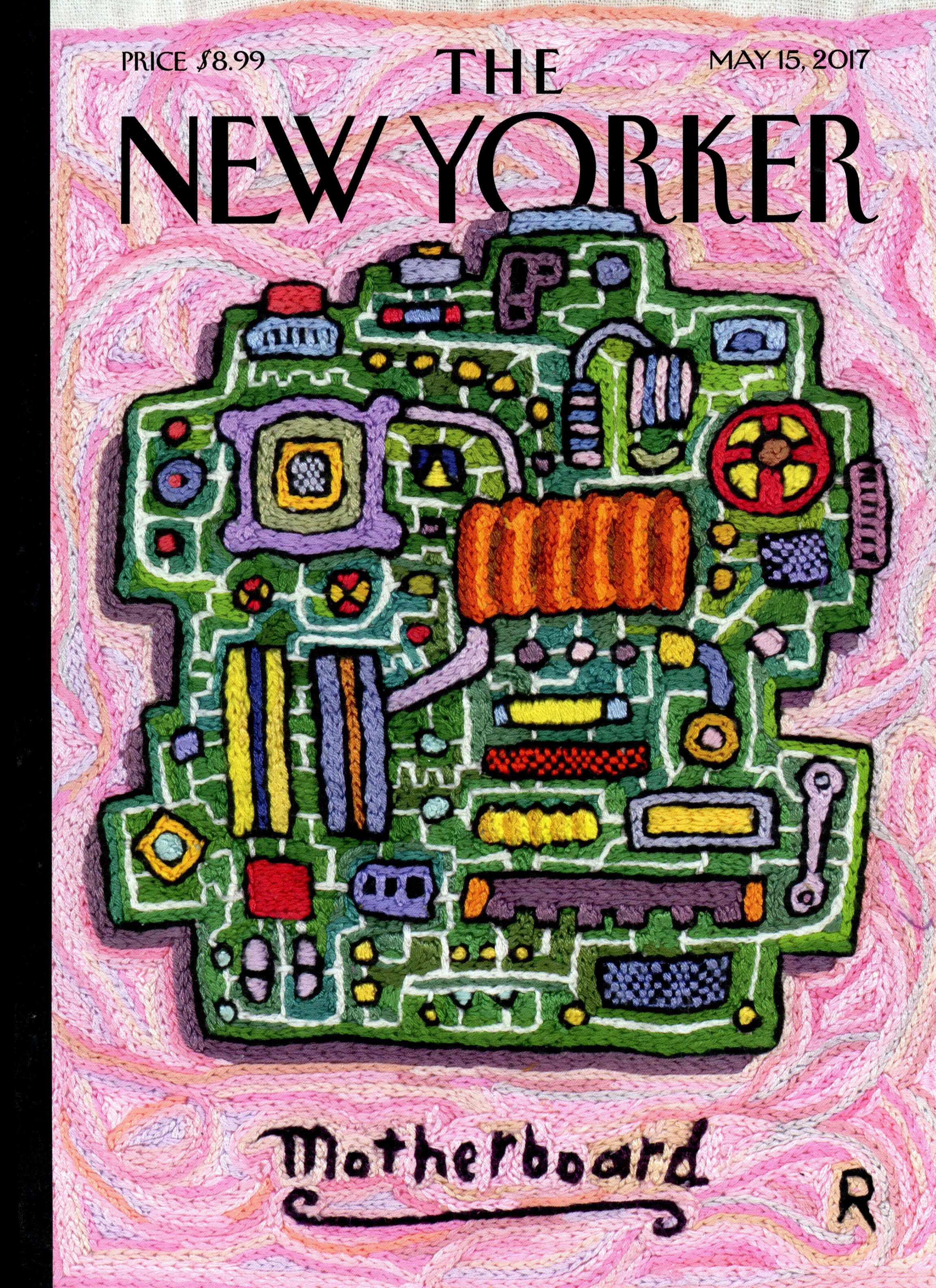 Motherboard Cover by Roz Chest. Courtesy of the artist.

In addition to collections of her New Yorker cartoons, Chast has written and illustrated a range of books. Her latest, Going Into Town: A Love Letter to New York (2017), is a personalized travel guide to New York City that began as a going-away present to her youngest child, who was moving from the family’s home in Connecticut to attend SVA. Her other books include the alphabetized inventory What I Hate: From A to Z (2011); children’s books like Around the Clock! (2015) and Too Busy Marco (2010); and collaborations with fellow New Yorker contributor Calvin Trillin (2016’s No Fair! No Fair! And Other Jolly Poems of Childhood) and songwriter Stephin Merritt (2014’s 101 Two-Letter Words). Her first memoir, Can’t We Talk About Something More Pleasant?, was released in 2014. A warts-and-all account of her relationship with her elderly parents in their final years, it went on to become a best-seller and win a National Book Critics Circle Award. It was also shortlisted for a National Book Award.

Chast’s many distinctions include the Heinz Award for Arts and Humanities as well as honorary doctorates from Dartmouth College, Pratt Institute and Lesley University (formerly the Art Institute of Boston). Lately her work has been the subject of a travelling exhibition that started in 2015 with the Norman Rockwell Museum’s presentation of “Roz Chast: Cartoon Memoirs,” curated by the museum’s deputy director and chief curator (and SVA alumnus) Stephanie Plunkett. The exhibition has since traveled to the Museum of the City of New York and the Contemporary Jewish Museum, in San Francisco. Plunkett and the Norman Rockwell Museum are partnering with SVA to present Chast’s Masters Series show.

In addition to the exhibition, SVA will host an artist’s talk with Chast on Wednesday, November 28, 7:00 – 9:00pm, at the SVA Theatre, 333 West 23rd Street, and an opening reception will be held at the gallery on Thursday, November 29, 6:00 – 8:00pm. All events are free and open to the public. Details here. More images of Chast's work below on our Instagram account. 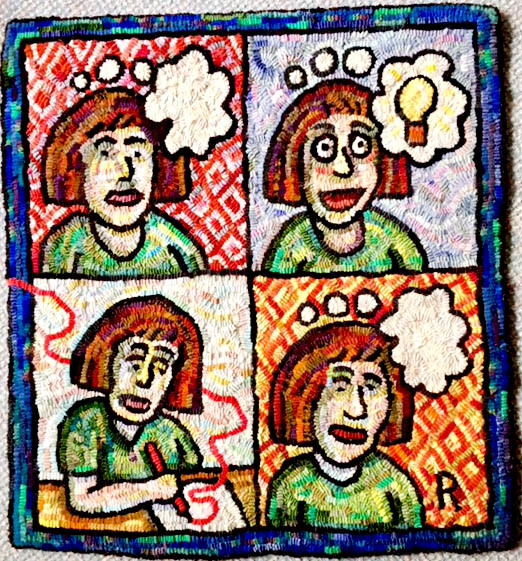 "Getting an Idea" by Roz Chest. Courtesy of the artist. 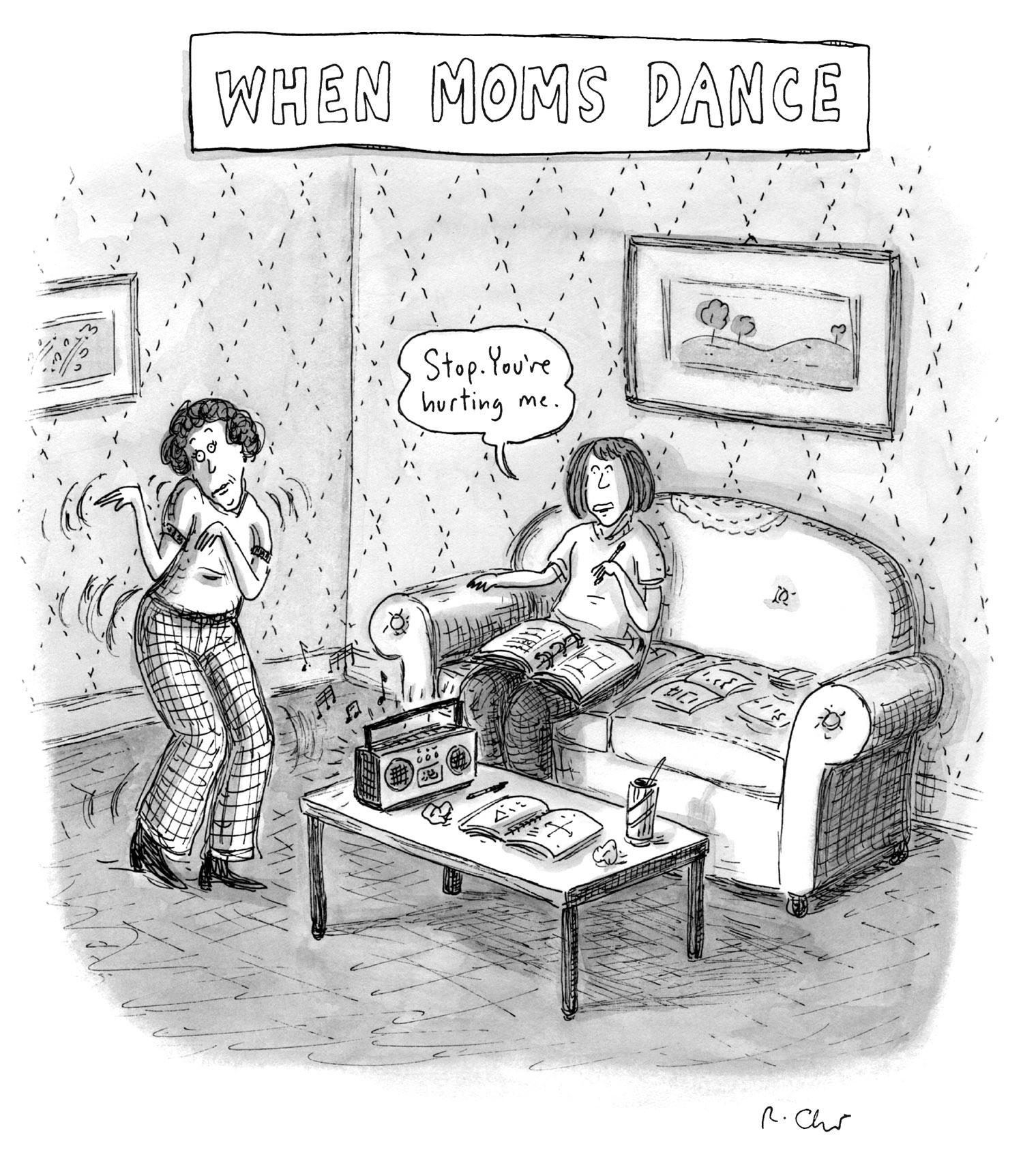 "When Moms Dance" by Roz Chest. Courtesy of the artist.